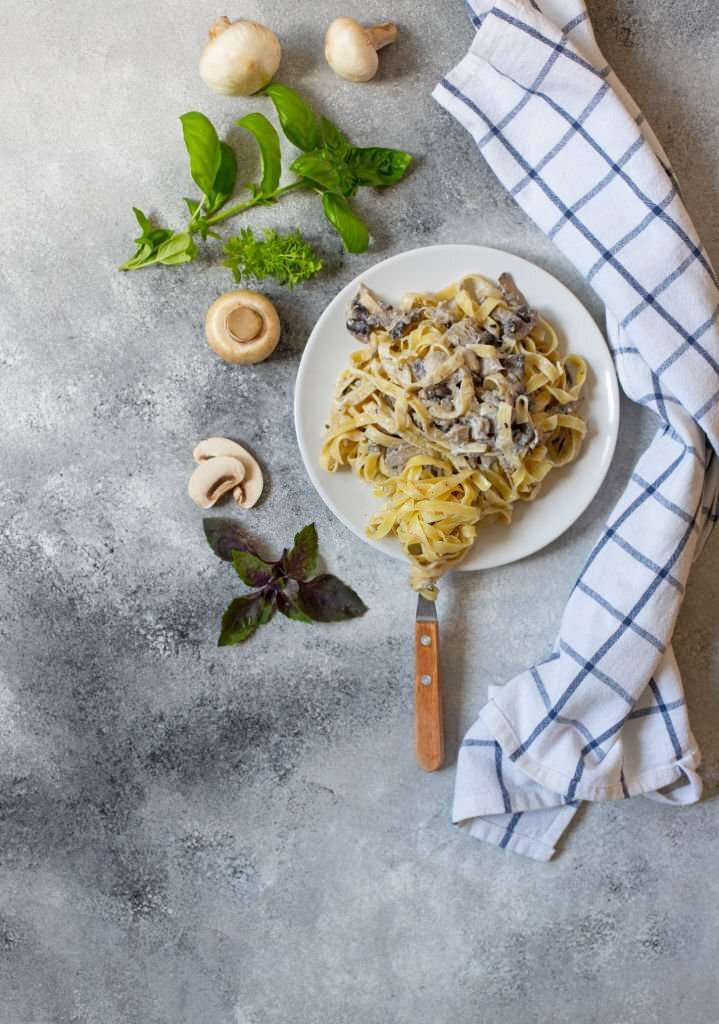 Pasta is a staple food in many cuisines around the world, and it is often served with a variety of utensils, including a fork, knife, and spoon. While the fork is the traditional utensil for eating pasta in Italy, the spoon has become increasingly popular in other regions as a way to scoop up the noodles and sauce. But where did this tradition of eating pasta with a spoon come from, and is it the proper way to eat this beloved dish?

The Origins of Pasta and Its Cultural Significance

Pasta is believed to have originated in Italy, where it has been a staple food for centuries. The exact history of pasta is somewhat shrouded in mystery. Still, it is generally accepted that it was developed in the 13th century as a way to preserve grain. Pasta was initially made from durum wheat, which was ground into flour and mixed with water to create a dough. This dough was then rolled out and cut into various shapes, such as spaghetti, linguine, and fettuccine, to suit the tastes of the local population.

Pasta quickly became a popular food in Italy and other parts of Europe, and it has since spread to every corner of the globe. Today, pasta is a staple food in many cuisines, including Italian, Chinese, and Mexican. It is often served with a variety of sauces, such as marinara, Alfredo, and carbonara, and people of all ages and backgrounds enjoy it.

The Evolution of Pasta Utensils and the Introduction of the Spoon

Throughout the history of pasta, various utensils have been used to eat it. In Italy, the fork has long been the traditional utensil for eating pasta, as it is effective at spearing the noodles and scooping up the sauce. The fork is typically used in conjunction with a knife, which is used to cut the pasta into manageable pieces.

However, in other parts of the world, the spoon has become increasingly popular as a way to eat pasta. The spoon is a versatile utensil that can be used to scoop up noodles and sauce, and it is often seen as more practical and efficient than the fork. Some argue that the spoon is better at getting all of the sauce from the plate, as it can easily reach the corners and crevices.

Several theories exist about the origin of the tradition of eating pasta with a spoon. One theory is that the spoon was introduced as a way to eat pasta in the United States, where it was initially served in large portions with thick sauces. However, the spoon was seen as a more effective utensil for scooping up pasta and sauce, and it quickly became the preferred choice for many people.

Another theory is that the spoon was adopted as a way to eat pasta in Asia, where it is often served with soupy sauces. In these regions, the spoon is the traditional utensil for eating rice and was naturally extended to pasta. The spoon is also popular in other parts of the world, such as Latin America and the Caribbean, where it is used to eat a variety of dishes, including pasta.

Read also: What Happens When You Put A Fork in A Toaster?

Eating Pasta with a Spoon: The Debate Over the Proper Way to Eat Pasta

Despite its widespread popularity, there is a debate over the proper way to eat pasta. In Italy, the fork is seen as the traditional and proper utensil for eating pasta, and many Italians view the use of a spoon as a sign of bad manners. In fact, there is even a saying in Italy that goes, “Spaghetti con la forchetta, non con la cucchiaia” (spaghetti with a fork, not with a spoon), which is used to remind people to use a fork when eating pasta.

Read also: What does it Mean when you Drop a Spoon?

Eating pasta with a spoon is a tradition with a long and complex history, with roots in different parts of the world. While the fork is the traditional utensil for eating pasta in Italy, the spoon has become increasingly popular in other regions as a way to scoop up the noodles and sauce. The debate over the proper way to eat pasta is ongoing, with arguments for and against using a spoon.

Ultimately, the choice of utensils for eating pasta is a personal preference, and it is influenced by etiquette, social norms, and cultural traditions. However, whether you prefer a fork, knife, or spoon, the most important thing is to enjoy the delicious flavors and textures of pasta.