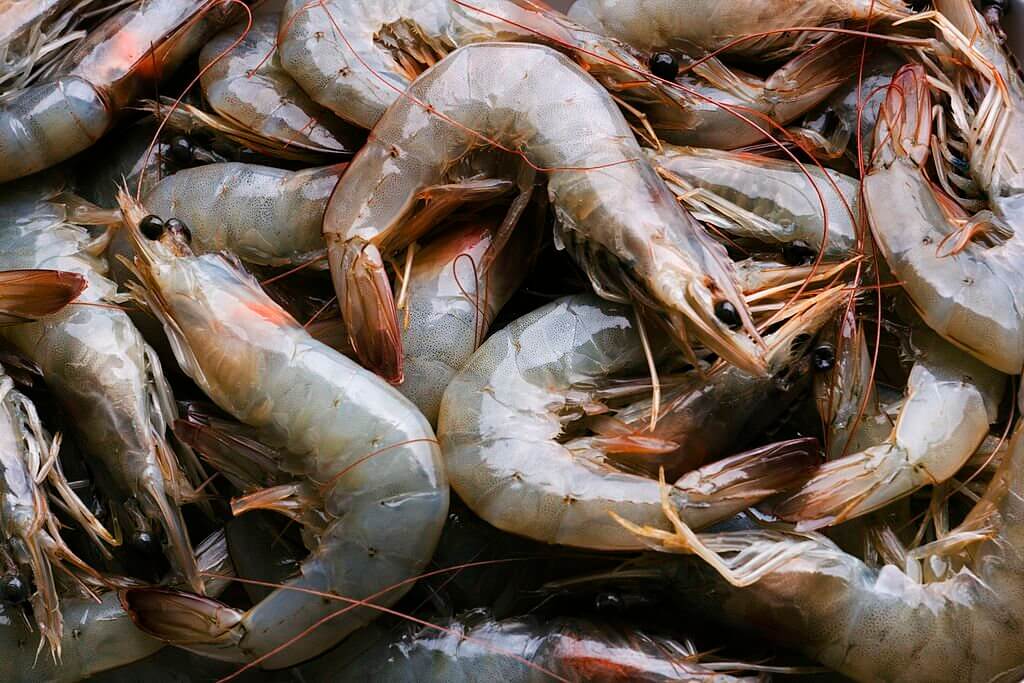 These glorious meals are made possible because of the nutritious, protein-packed seafood, shrimp.

These crustaceans, which rank high among Americans’ favorite seafood, are consumed largely worldwide.

Shrimp can be enjoyed by frying, boiling, baking, grilling, or sautéing. But, of course, the shrimp should be fresh to derive its full benefit.

However, there occur some cases where we encounter bad, contaminated shrimp; how do we know when shrimp is bad? What are the visible signs of a bad shrimp? What does bad shrimp taste like? The answers to these questions will help in awareness the next time you prepare shrimp for breakfast, lunch, or dinner.

Thus, you’ll be preventing food poison, and your body will get the needed protein and antioxidants to function correctly.

You will not wait to taste a bad shrimp before disposing of it. The smell alone is an alarming sign. Bad shrimp smell awful, like ammonia; yes, like urine or sweat!

Also, do you know the smell of a mold-infected area? Musty. Bad shrimp smells just like that.

However, if you unknowingly purchased bad shrimp and stored it immediately in the refrigerator, the smell might not be evident. But, then, the taste of bad shrimp after cooking will prompt disposal.

Any taste other than fresh, juicy, salty with a hint of sweet, and less fishy confirms the taste of bad shrimp. Bad shrimp combines a mixture of a sour, bitter, very fishy taste. It also tastes like ammonia, usually very insignificant when frozen but evident when cooked and eaten.

Bad shrimp produces a very unpleasant taste, one that can put an end to a seafood lover experience.

How do you know if shrimp tastes bad?

You usually do not need to taste a bad shrimp to know it is bad. The smell of bad shrimp gives it away.

If the smell is not initially prominent, the well-functioning taste buds will confirm that shrimp tastes bad.

Therefore, we’ll know if shrimp tastes bad when it tastes sour, unfresh, strongly fishy, or more like ammonia or sweat.

How long does it take for shrimp to go bad?

Raw shrimp should be prepared and eaten immediately after being caught. It becomes bad after about 2 hours of sitting out at room temperature

Shrimp kept in the fridge can last three days. Ensure to check it for smell and texture. You should also be conscious of the ‘best-by’ date before usage.

On the other hand, shrimp stored in the freezer can last for a year. Again, though, it is best to use it within three months to derive its full benefit. You can store shrimp in the freezer by packing them loosely in a freezer-safe bag (this is done, so the shrimp do not clump together while freezing) and storing them in the freezer.

Do not forget to indicate the date of freezing and the ‘best-by’ date on the bag.

What are the visible signs of a bad shrimp?

The visible, most prominent sign of bad shrimp are as follows:

If shrimp should have any odor, it should be an ocean, slightly salty smell. Any smell other than this is a sign of bad shrimp.

Bad shrimp will feel slimy, sticky, and irritable. Its shell will not firmly cling to the shrimp. Instead, it falls off.

Processed shrimp frozen in the grocery store always has a ‘best-by’ date. This is a visible sign indicating when the shrimp is still of the best quality.

How can you tell if frozen shrimp is bad?

Whether you are buying frozen shrimp from the grocery store or you have already stored shrimp in the freezer for a while, remember that frozen shrimp can still go bad.

Reasons could be that shrimp has passed its best-by date, has stayed raw at warm temperatures long before freezing (thus enabling bacteria growth), or has been exposed to chemicals during processing. Deciphering a bad shrimp when frozen can be deceptive.

Hence, the following actions can help:

Thawing the shrimp will enable a comfortable and confident inspection of the shrimp. You can thaw the shrimp by placing them in the refrigerator overnight, sealing them in a tight plastic bag, and immersing them in warm water or using the defrost setting on your microwave.

The smell of any food, especially when perishable, is the foremost sign of whether to consume it or not. Therefore, if the frozen shrimp is bad, the smell will give it away. If it smells other than fresh, it’s a warning sign. Bad shrimp will smell awful and indeed bad. It will smell like sweat or urine, emitting a strong fishy odor that could make you puke.

A bad shrimp will not maintain its normal color. Fresh shrimp should be transparent and shiny. The head of most frozen shrimp is usually off. Ensure that the fishy, juicy part is white. Any other color is an indication of spoilage.

Note, however, that there could be black spots on the shrimp. This might not necessarily indicate spoilage as these black spots or melanosis are due to a reaction between protein in the shrimp and sunlight. Thus, it can still be eaten.

The fresh shrimps are the ones that were frozen immediately after being caught. So, when you decide to cook it, there are leftovers. Then, of course, you store it in the fridge or freezer.

However, know that frozen cooked shrimp can go bad. This can occur when:

How long is uncooked shrimp good in the fridge?

Uncooked shrimp can last for four to six months in the freezer. It is best to ensure proper storage in a freezer-safe bag and indicate the ‘best-by’ date on the load on the day of storage to know for how long it has been kept before usage.

Read also: How long does Smoked Sausage last in the Fridge?

Thawed shrimp can smell slightly fishy. If the shrimp were freshly stored in the freezer immediately after being caught, they would maintain their slightly salty and fishy smell with an ocean scent.

On the other hand, if the shrimp has gone bad, it will emit a strong fishy odor after being thawed.

The thawing process of shrimp makes it possible to identify a bad shrimp before cooking. This process could be storing the shrimp in the refrigerator over the night or submerging the bag of shrimp in warm water.

Interestingly, unlike beef, chicken, salmon, etc., shrimp can be taken directly from frozen to the pot. This is because it is very tender and doesn’t take long to cook.

Is it okay to eat bad shrimp?

No! It is not okay to eat bad shrimp. I wouldn’t want food poisoning, and I’m sure you wouldn’t.

Whether consciously or unconsciously, eating bad shrimp has inescapable consequences. This includes food poisoning, which can result in diarrhea, vomiting, weakness, and abdominal pain.

A quora user, Harold Green, stated his horrible food poisoning experience. He says: “I had food poisoning in my twenties. I spent around five days watching the ceiling spinning, the bed going up and down, and not even being able to keep a sip of water down. I thought I would die and couldn’t even get up to call for an ambulance. I survived, but it damaged my liver to some degree which eventually recovered. Now I’m over cautious about food and refused to eat out for a long time.”

Bad shrimp is bad because bacteria have contaminated it. Thus, it will amount to body malfunction, illness, and sometimes, death.

Though, our body has its way of purging itself of bad shrimp. If the symptoms persist, please seek medical attention.